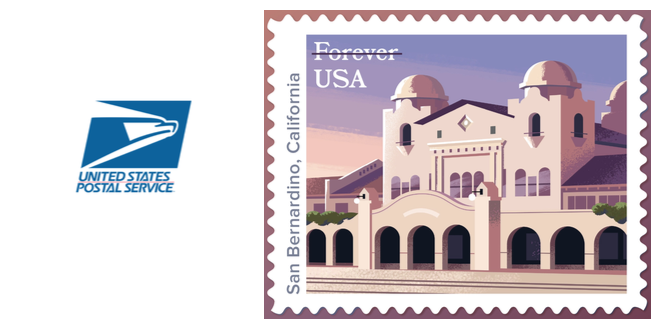 San Bernardino train depot to be featured on postage stamp

San Bernardino’s train depot has been selected by the federal government to be featured on it’s very own stamp in 2023.

The U.S. Postal Service announced earlier this month that the San Bernardino Santa Fe Depot will be one of five U.S. Railroad Stations of architectural significance to be recognized with a stamp.

“During our research, we initially focused on architectural and geographic diversity; we also wanted to make sure we included some smaller towns/smaller stations,” says Derry Noyes, the Postal Service art director. “Another criteria on our list was stations that people could go and visit.  Over the course of our search, we began focusing on the more historic stations, and as it turns out, all five of the stations honored on the stamps are listed in the National Register of Historic Places.”

The building was purchased by the San Bernardino Associated Governments in 1992 and restored in the early 2000s. The depot now serves Amtrak and Metrolink and hosts permanent historical displays.

The other stations to be featured are Tamaqua Station in Pennsylvania, Point of Rocks Station in Maryland, Main Street Station in Richmond, VA, and Union Terminal in Cincinnati, OH. 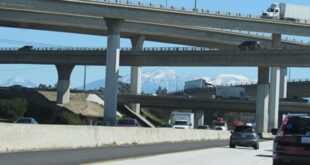