San Bernardino International Airport hit a milestone in 2022, welcoming nearly 20,000 passengers to fly out of the former air force base.

“After years of efforts by the Airport, our region has embraced the convenience of flying locally with nearly 20,000 passengers traveling through SBD since Breeze launched service this summer – it’s a major achievement and just the beginning of passenger service at SBD,” said Mike Burrows, Chief Executive Officer of SBD and the Inland Valley Development Agency. “SBD had more than 70 percent of all seats filled in November and all indications point to December having even higher passenger counts.”

The airport expects 2023 to be even better with nonstop service to Las Vegas and one-stop, same plane service to Hartford, CT beginning next month.

“Breeze’s service to San Francisco has been a great success for Inland Empire residents, and after just four months, with new nonstop service to Las Vegas starting in February the region will have even more travel options,” said SBD Director of Aviation Mark Gibbs. “The ease and convenience of flying from SBD with low airfares and just $5-daily parking, it’s unrivaled in Southern California.”

Tickets can be booked directly through Breeze Airways on their app or at FlyBreeze.com. 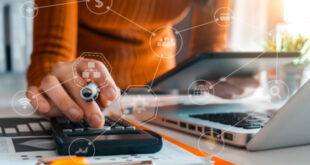 Doing business in California remains costly according to new survey