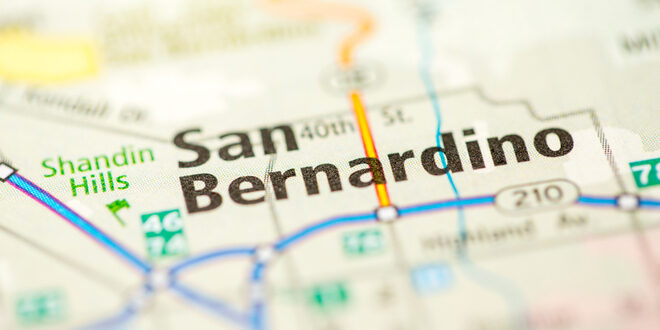 Mayor shares hopes for the future of San Bernardino

With the primary election now just months away, incumbent Mayor John Valdivia took some time to speak with San Bernardino News Daily and looked back on wins and losses and his hopes for the future of the City of San Bernardino.

“We had to get out from under the stigma of the bankruptcy,” said Valdivia.  “The city of San Bernardino’s finances have turned around; we have turned the tide on bankruptcy and put our city’s fiscal house back in order.  To accomplish this change, I had to shake up the bureaucracy at City Hall – and return the city’s focus to servicing our customers – the people of San Bernardino.  As Mayor, I had to make some hard choices including streamlining the cost of city operations in order to restore essential city services that had been cut back during the dark days of the bankruptcy.”

Not all of these moves were popular at City Hall, but the Mayor insists they were necessary and that he is focused on directing city staff to deliver needed services for the residents of the City.  “At its heart local government, all government really, is a service delivery operation,” he said.  “Our job is to provide safe, clean, well-tended streets, parks, public spaces and neighborhoods and that is what I, the city manager and the rest of the staff are going to do.”

The closure and renovation of Seccombe Park is an example the Mayor pointed to of the forward leaning efforts to provide the environment the residents of San Bernardino deserve.  “Closing the park and fencing it was not popular with everyone for sure, and the $2.4 million price tag is significant, but it was a necessary step to take to clean up a public health and safety problem that had clearly gotten out of control.”

The park had been overrun by vagrants and was a constant source of criminal complaint calls and most of the infrastructure in the park was damaged or destroyed.  Currently the park is closed, undergoing extensive renovation and will reopen sometime in 2022.

Fortunately, for the first time in a long time, the City has the money to spend on projects like the park renovation.  “If you combine the federal relief funds and the city reserves we have about $100 million to roll out for physical infrastructure projects and services in the near future and that is a much better place the City finds itself in then when I took over as Mayor,” Valdivia said.

Economic development and local job creation is high on the Mayor’s to do list before his first term expires.  “If we stay focused on job creation everyone wins,” Valdivia stated.  The Mayor stressed that the jobs coming into the City in the logistics industry were very positive trends that will continue throughout the following years and should be encouraged.  “I loved what renowned economist Dr. Jay Prag had to say about those jobs at the summit hosted by the Inland Valley Development Agency (IVDA) just a few months ago.  Dr. Prag said that San Bernardino needs to embrace the logistics businesses because they provide good jobs and will create greater economic opportunities in the future.”

Economist Jay Prag said, “Mayor Valdivia has a good sense of his community and what will work there, the community has a hard working population that needs jobs that fit the local skills and predominant education levels. The City is a perfect fit in that way and geographically for the logistics industry.”

According to both Prag and Valdivia adding hundreds of jobs in the logistics industry has led to more businesses of other kinds opening in the area. “We have added a number of great small businesses such as restaurants and small retailers and I want to applaud the efforts of my economic development team at the city and the City manager’s office for their efforts on this,” said Valdivia “I have also been personally involved and getting calls from these businesses that want to be in our city and I have done what I can to help them.”

Valdivia sees even more businesses being attracted to the city in the future near and long term.  “I recently met with a hotel owner and personally drove him around the city – and he was looking at a very specific property in the City for several hotels – to create an innovative hotel campus.  This is just one of the many business opportunities available to our City.”

Another project the Mayor is very positive about is, “The Airport Gateway Specific Plan,” said Valdivia.  “That plan is proposed by IVDA of which I am Chairman and a large portion of that specific plan is in the City of San Bernardino and once approved will accelerate industry and commercial operations at the Airport and will shave a huge amount of time off the planning and development for the commercial real estate community.  This will make the location very attractive for development.”

In assessing his first term as Mayor so far Valdivia was sanguine, “Look, I am hard charger who expects city staff to work hard for the people of our community.  I have made some missteps and I’m learning to do better.  San Bernardino is my hometown and I am passionate about making our community a better place for all our families,” he said.  “Residents should expect results in the City of San Bernardino and I hope the city council will stop with the politics and join with me in focusing on our mission which is providing services and opportunities for the community, including good paying jobs; better fire and police protection, and improved city parks and infrastructure.  These will always be my priorities as your Mayor.  The people’s needs must come first! ” 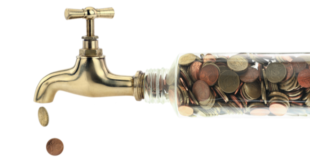