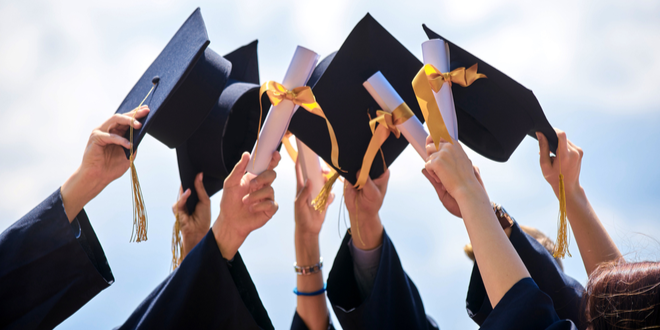 Congratulations to the SBCUSD valedictorians for 2022

Wendy Aguilar has a 4.91 G.P.A. and a passion for politics and leadership, as evidenced by her participation in the Global Leadership Academy club and the Young Legislators club at Arroyo Valley High (AVHS) and her decision to major in Political Science at the University of Redlands. The teacher who had the greatest impact in her life was her high school art teacher, Robyn Holt. Holt’s kindness, positivity, and belief in her students made all the difference.

San Gorgonio High School (San G) valedictorian Melody Ambriz’s 4.92 weighted G.P.A. and extracurricular activities, including National Honor Society and Calculus Club, were the ticket to being accepted to almost any college. And after being accepted to UCLA, Cal State Long Beach, University of California, Irvine, and Cal State LA, she has decided to major in psychology or social gender studies at the University of California, Riverside (UCR).

With a 4.76 weighted G.P.A., Desteny Becerra Figueroa has earned her place as a Middle College High School (MCHS) valedictorian. In addition to taking both high school and college courses, as all MCHS students do, Desteny was also a member of Key Club, School Site Council, National Honor Society, Principal’s Focus Group, Peer Leaders, and the Class Committee of 2022. She plans to become a general physician or cardiothoracic surgeon.

Cardinal City Mayor and valedictorian Kimberlyn Chavez Quiroz is graduating from San Bernardino High School (SBHS) with a 4.785 weighted G.P.A. She is on her way to UC Berkeley to study psychology. She credits Arrowview Middle School science teacher Roice Bethel with teaching her “the importance of keeping a balance between fun and school.”

Daniela De La Torre is a member of ASB (Associated Student Body), Key Club, the Class of 2022 Committee, and Peer Leaders, and maintains a 4.66 weighted G.P.A. This MCHS valedictorian plans to major in business administration at UC Berkeley with the goal of becoming a financial manager.

San G valedictorian Lilianna “Lily” Gracia is a musician at heart, so it’s no surprise that she was part of the San G Quintet and Symphonie Juenesse and the teacher who inspired her most was her high school orchestra teacher, John Brannon. When college starts in the fall, Lily will be studying music history and the music industry at either Berklee College of Music or the University of Southern California (USC).

AVHS valedictorian Frankie Grant credits her freshman English teacher Brian Mudd for much of her academic success by challenging her to develop the work ethic that would land her at the top of her class. Frankie would go on to participate in Academic Decathlon, Best Buddies, Students for Change and Calculus Club. Her goal is to attend UCLA and eventually become a clinical psychologist.

Michelle Le is graduating from AVHS with a 4.87 G.P.A. and plans to earn an Ecology and Evolutionary Biology degree from University of California, Irvine. Her ultimate goal is to become a marine biologist. She credits her ninth-grade biology teacher, Karen Swedlove, with sparking her love of biology.

With activities like Best Buddies, Students for Change, varsity tennis, NHS, and CSF under her belt, Cajon High School valedictorian Kalea Luna had her choice of colleges, and she decided to attend UCLA. She credits Dr. Stephen Imbriani and Cajon’s Sports Medicine Pathway with teaching her basic first aid and injury prevention and helping her build leadership and teamwork skills that have prepared her to deal with an emergency if one happens.

Cajon valedictorian Luis Luna is planning to dual enroll in New York’s Columbia University and France’s SciencesPo to study political science and eventually become a diplomat. With a 4.0 unweighted G.P.A. and extracurricular activities like Speech & Debate and Model United Nations and being the debate coach at Rodriguez Prep Academy, Luis is well on his way to accomplishing his dream.

Cajon valedictorian Eric Martinez is on his way to Stanford University to major in Anthropology and Comparative Studies in Race and Ethnicity. The founder and president of the DREAMers Club credits his high school International Baccalaureate teacher John Anderson for teaching him “how to learn, how to question my learning, how to take control of my learning, and what it truly means to be human.”

With extracurricular activities like water polo, National Honor Society (NHS)/California Scholarship Federation (CSF), and Jr. Public Relations and Communications Specialist for Tomorrow’s Talent, it’s no surprise that Cajon valedictorian Roxana Martinez will be attending Princeton. Her goal is to become an immigration lawyer.

Not only does Spencer “White Lightning” Nelson excel in academics, he is also part of the SBCUSD Teen Music Workshop and the cross country and track and field teams. Spencer credits Richardson PREP HI Middle School music teacher Peter Llamas with helping him blossom into the type of hard-working student who becomes a Cajon valedictorian. Spencer’s next stop is UC Berkeley, where he will major in biology or business.

MCHS valedictorian, School Site Council member, and peer leader Julie Nguyen said her sophomore math teacher, Steven Wright, “instilled in me an appreciation and fascination of (math), which ultimately led me to deciding to pursue a career in computer science.” Julie was accepted into UCLA, UC Berkeley, UC Irvine, and UC Santa Barbara, but decided to attend UC San Diego.

Pacific High School valedictorian Miranda Owen excels in academics, sports, and music. She maintained a 4.69 G.P.A. while also playing on the basketball, tennis, and track and field teams, and playing in the band. This Keith Hubbs Award winner was accepted to UCLA, UCR, the University of Hawaii at Mānoa, and CSUSB. She has chosen to stay local and study geology at CSUSB.

SBHS valedictorian Fernando Ramirez-Barragan was accepted to UCLA, CSUSB, Cal Poly Pomona, and UC Irvine, but he has decided to attend UCLA to become a civil engineer. He maintained an unweighted 4.0 G.P.A. while also participating in track and field, cross country, National Honor Society, and Spanish Honor Society.

Stanford, Yale, Claremont McKenna, UC San Diego, and UC Irvine all wanted Alexa Roman Serrano, but this San G valedictorian has set her sights on Stanford University. Alexa has not decided on her major yet, but with her 4.87 weighted G.P.A. and her experience in Academic Decathlon, varsity tennis, Key Club, Thrive Scholars, and Speech and Debate Club, she’s ready for whatever she decides to do.

Cajon valedictorian Vivianna “Vivi” Santos wants to open her own dermatology practice in the future, and she has a plan to get there. Her time with Best Buddies, Caremates, and the Latino Student Union have prepared her to lead her own company and care for patients. Soon, she’ll be majoring in pre-biology, with a minor in business, at UC Santa Barbara. Once she earns her bachelor’s degree, Vivi will be heading to medical school to complete her education.

Sahian Solares will go from a wolverine to a coyote when she graduates as a valedictorian from MCHS with a 4.80 weighted G.P.A. and then joins the CSUSB campus to major in kinesiology. Her final goal is to become a doctor of physical therapy. Sahian said Eva Tillman, her fifth-grade teacher from Jones Elementary School, had the greatest impact on her education.

With her involvement in Best Buddies, National Honor Society, California Scholarship Federation, and the girls’ basketball team, it’s impressive that Cajon valedictorian Mya Verrett maintained a 4.82 weighted G.P.A. In a few months, Mya will be at UC San Diego working toward a degree in bioengineering.

San G Spartan valedictorian Emily Viramontes maintained a 4.0 unweighted G.P.A. while also participating in the National Honor Society, Key Club, the MedicaZone, track and field and cross country, and the BRAINterns Summer webinar. Emily said, “My fifth-grade teacher, Mrs. (Julie) Ohrt, was the first teacher to truly encourage me to push myself to new limits, and expectations I wouldn’t have thought of reaching.” Now she is reaching for new heights as she works towards a career as a neurosurgeon.

In order to qualify for the honor of valedictorian or salutatorian, a student must be among the top 10 to 20 students with the highest grade value based on the specific courses that every student at an SBCUSD high school campus has access to for seven semesters of high school. Additionally, the student must complete all SBCUSD graduation requirements and complete the eighth and final semester at the school from which they have been selected as valedictorian or salutatorian. 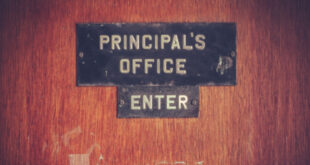